70 miles off the western coast of Key West, lies Dry Tortugas National Park. It consists of seven islands, each little islet providing its own sense of diversity; Loggerhead Key has the Dry Tortugas Lighthouse on it, while Bush Key is home to birds that have taken of the island. The water sparkles a brilliant clear turquoise, the sand is silky smooth between your fingers and toes, and fish, coral, and life exist vividly beneath the surface of the warm water. 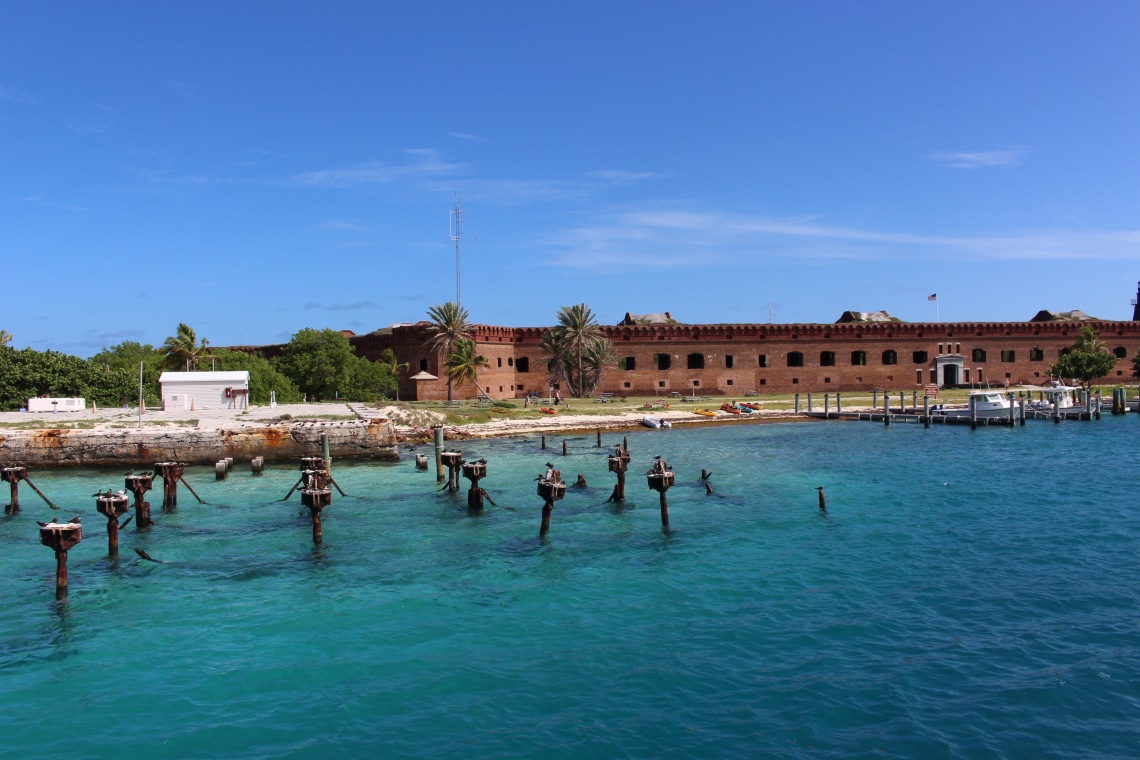 If you have never heard of Dry Tortugas, you are not alone. The first time I heard of it was when my mom told me that was part of what we were doing for vacation that summer. On a joint trip to Key West, Key Largo, the Everglades, and Miami, we fit in a day of exploration of a marvelous island by boarding a ferry called Yankee Freedom.

The ferry ride out to Garden Key took two and a half hours each way and it was really a nice trip. I think boats are a ton of fun, so I enjoyed both just standing out in the wind, staring down at the waves as well as sitting inside reading my book.

Breakfast and lunch were included in the price, so there was plenty of fresh fruit and cool drinks. As soon as I laid eyes upon Fort Jefferson, I was hooked:

The long ride out was totally worth it. I loved how despite the tiny size of this gorgeous island, there was still so much to see — especially below the surface. 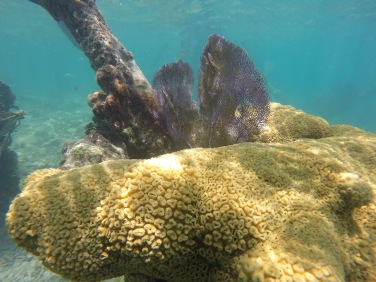 We went to Dry Tortugas NP primarily for the snorkeling. But there are also tours of the fort. For us, Fort Jefferson wasn’t really the main attraction (if Dad, an avid Civil War buff, had been there, we might have felt differently), so we just walked around up on and within the walls for half an hour or so before we left. I’m glad we ended up fitting that in there toward the end of the day for a few reasons. The cool shade from the building was much needed and the fort itself was pretty interesting, but I have to say that the views from the walls of the fort were absolutely breathtaking. Walking across the moat/pathway thing was definitely one of the highlights for me: 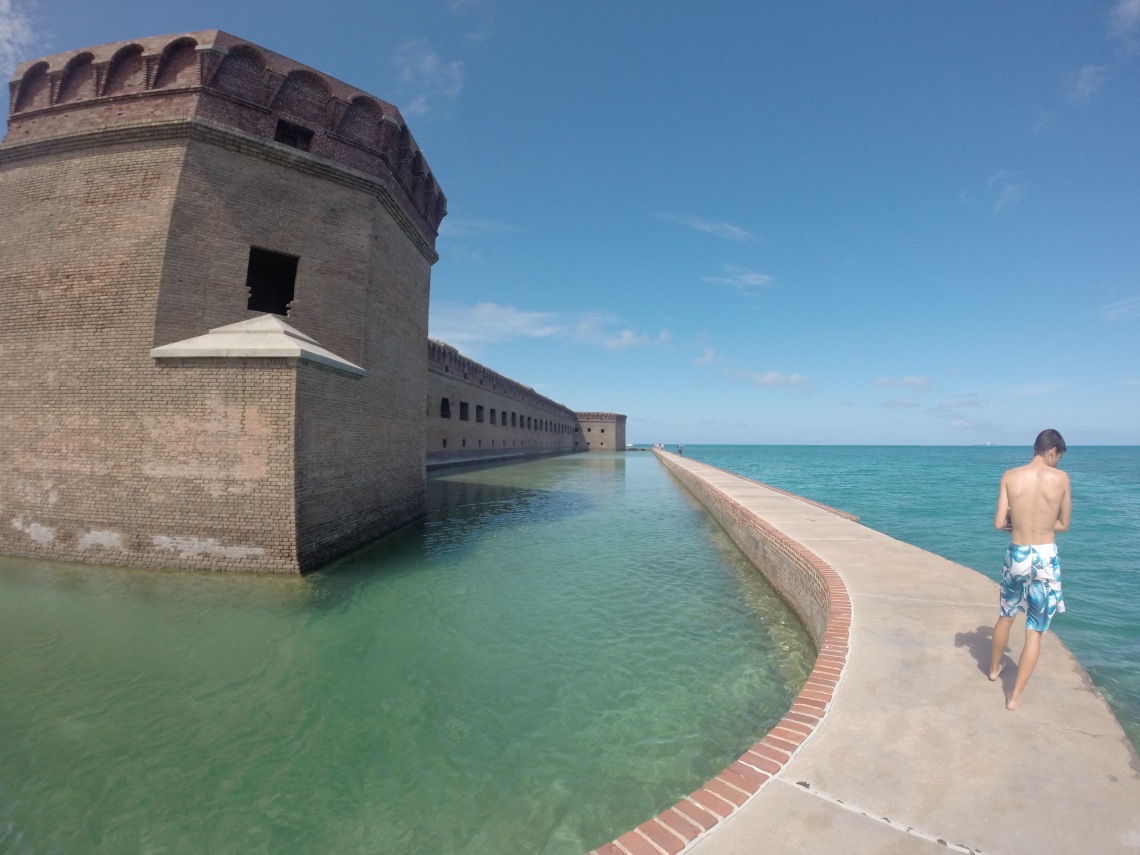 Up top was a great vantage point to take some pretty amazing pictures. I kind of wish I had spent a bit more time doing that, but the snorkeling was great and totally worth spending most of the trip doing that! 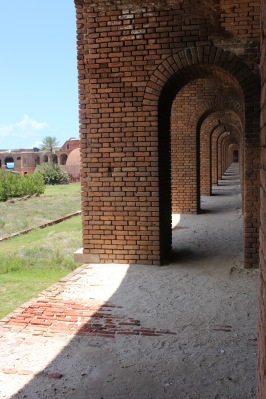 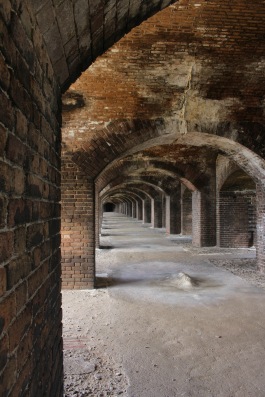 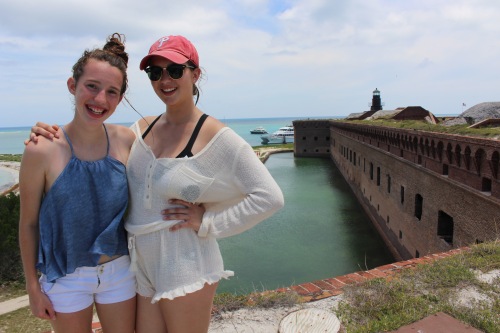 The most popular snorkeling path seemed to be the one that looped right around from one side of the fort to the other which was pretty unique. Fish were swimming in and out of the holes in the wall. My boyfriend is lucky enough to have a couple of GoPros, so we took some cool pictures and videos of the gorgeous coral and sea creatures.

Some people even camp on the island, which I think would be pretty cool. There’s no place to shower though, which is a little rough. But I would rather only be there for a few days anyway. It’s kind of like your own private little island (except not really). 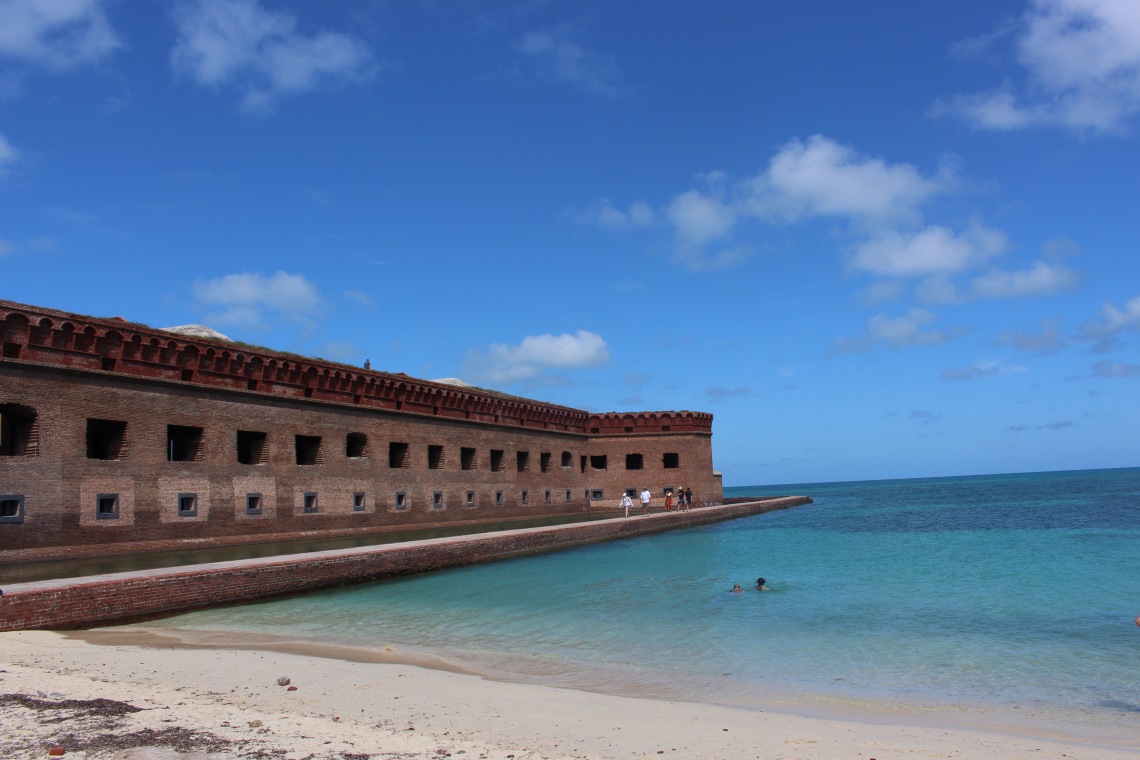 The trip back was a sleepy one. Everyone was pretty exhausted from the long day in the sun, but I know I was also feeling quite content. My sister Katie enjoyed her ice cream while the rest of us were passing out left and right:

Dry Tortugas National Park, specifically Garden Key, is absolutely breathtakingly unique. There really is nothing like it in the United States especially. Who’s ever heard of a fort being the only thing on an island 70 miles off the coast of Key West? Well at least I haven’t. If you’re planning on visiting Key West, definitely consider making Dry Tortugas a part of your trip!